WELCOME IN OUR B&B

La Casa di Anny, an exclusive and charming Bed and Breakfast of our Riviera dei Fiori.
The wonderful Villa has elegant and comfortable rooms, where valuable furniture, dating back to the 18th century alternate with modern style, creating an astonishingly perfect harmony.

The rooms, whose names are related to old movies that are engraved on our mind, are disposed on the second floor of the Villa: quiet, large, bright and provided with private bathroom, they show to our Customers their comfort and personality.
From the terraces you can enjoy a breathtaking view of the Villa’s park and the Diano Marina’s Gulf. Palms and maritime pines give shade and coolness to the 5000 square metres wide park, violets and camellias star it with colours and fragrances, then, just beyond the grass, you’ll find the sea: noises of blue water sloshing against rocks and shores and the salty tang of the sea.

Peaceful and refined, charmingly placed in the park, PantaRei Garden & Pool has a coffee bar, a solarium, a swimming pool and a hot tub. 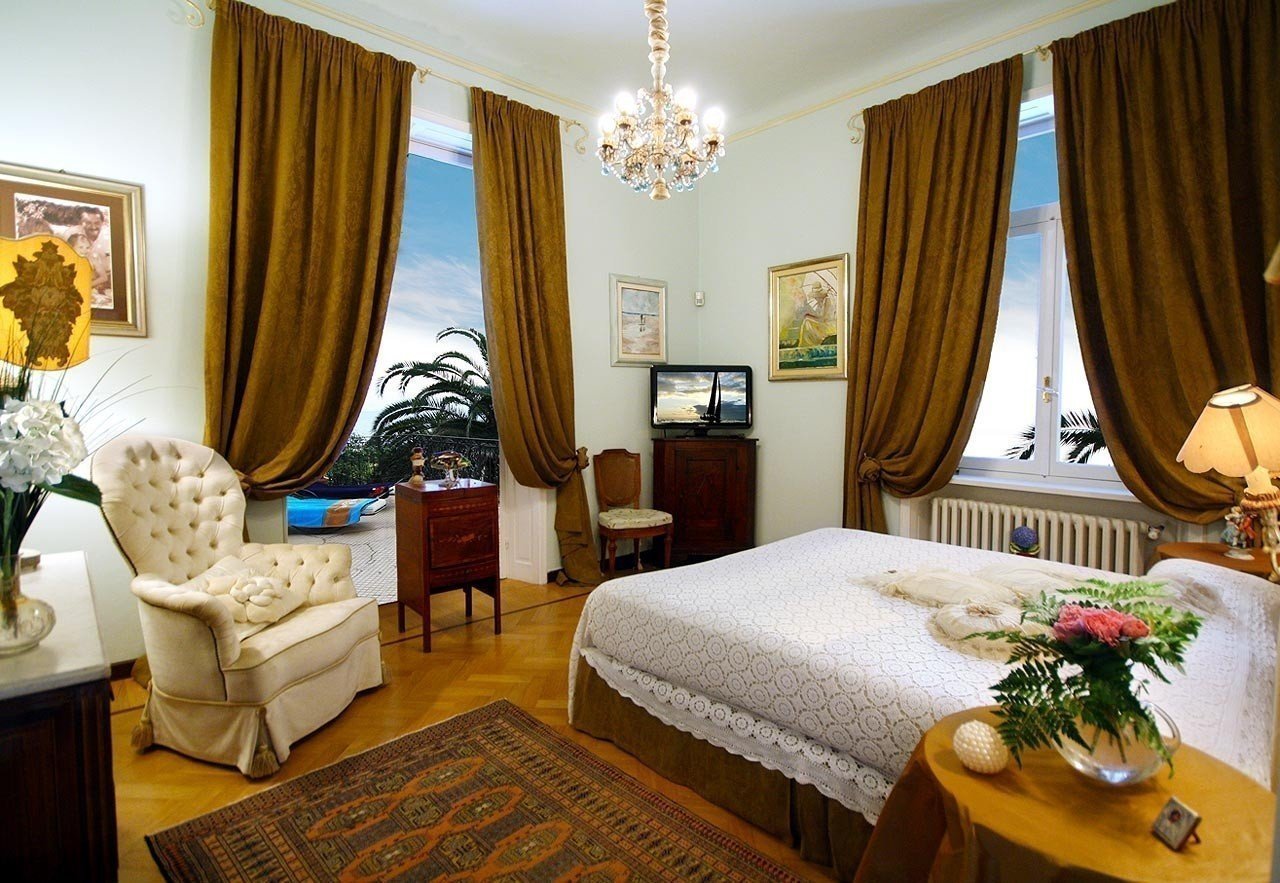 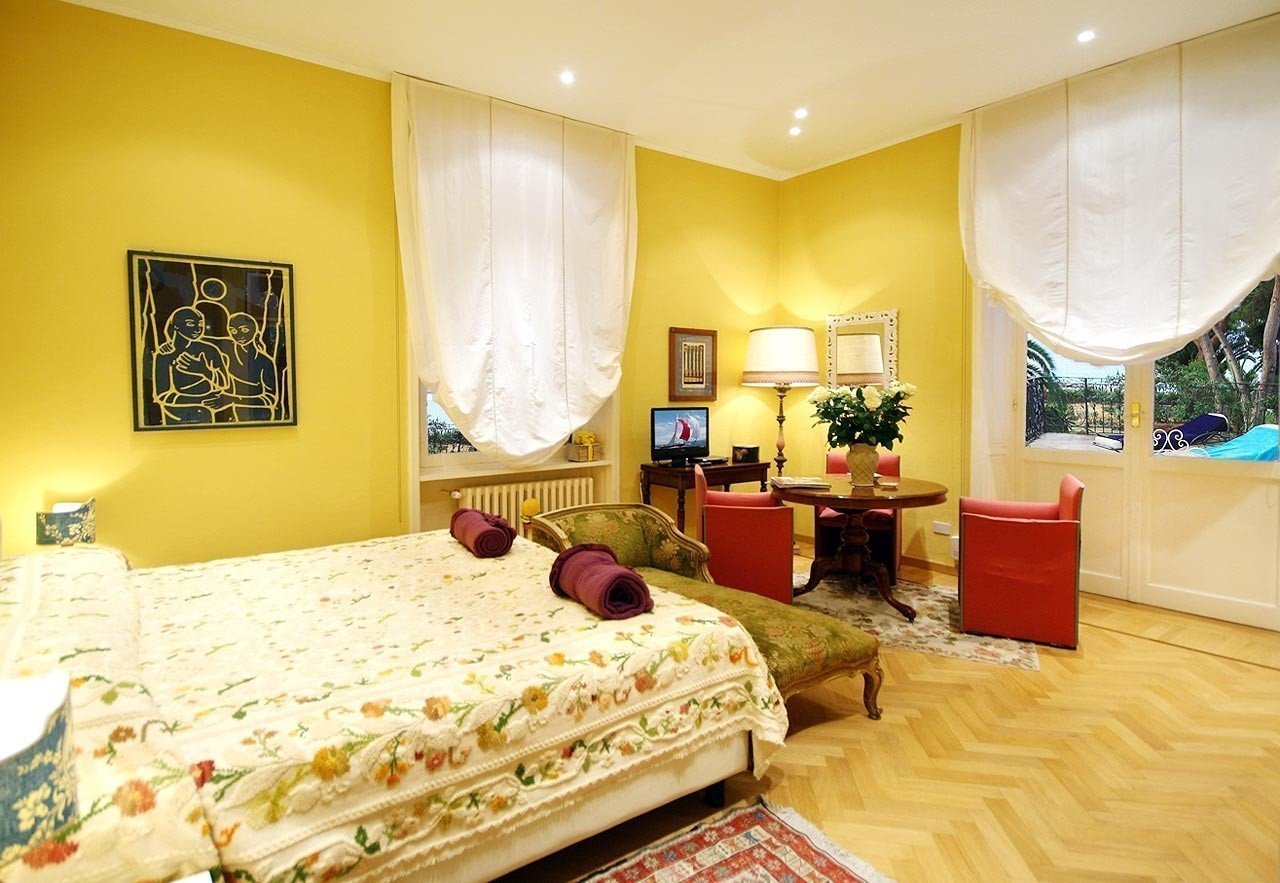 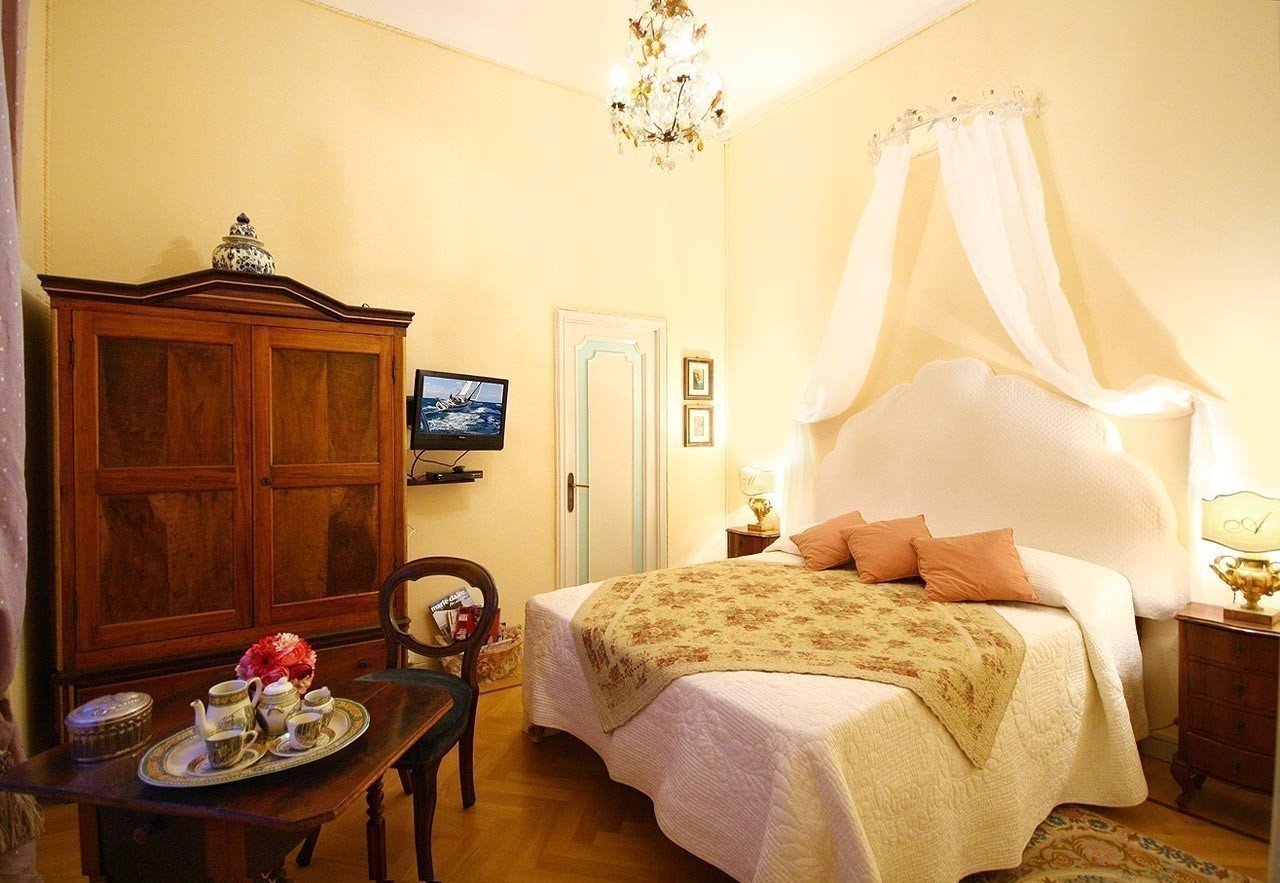 The “Mary Poppins” room brings back romanticism and fantasy, because of its delicate shades of peach and cream. It hasn’t any terrace but you can easily use the one of the library, that is 55 square metres and faces west. It has an elegant writing table and a wardrobe, dating back to the end of the 19th century, LCD TV with adjustable wall mount, private bathroom equipped with tub. It has a northern-eastern exposure.

The “La dolce vita” room will give you warmth and passion, because of its glowing tones of yellow. It has a 18 square metres terrace that faces south, LCD TV, private bathroom equipped with tub. There is also a large and cosy walk-in closet provided with a sofa bed. The room has a southern-eastern exposure. 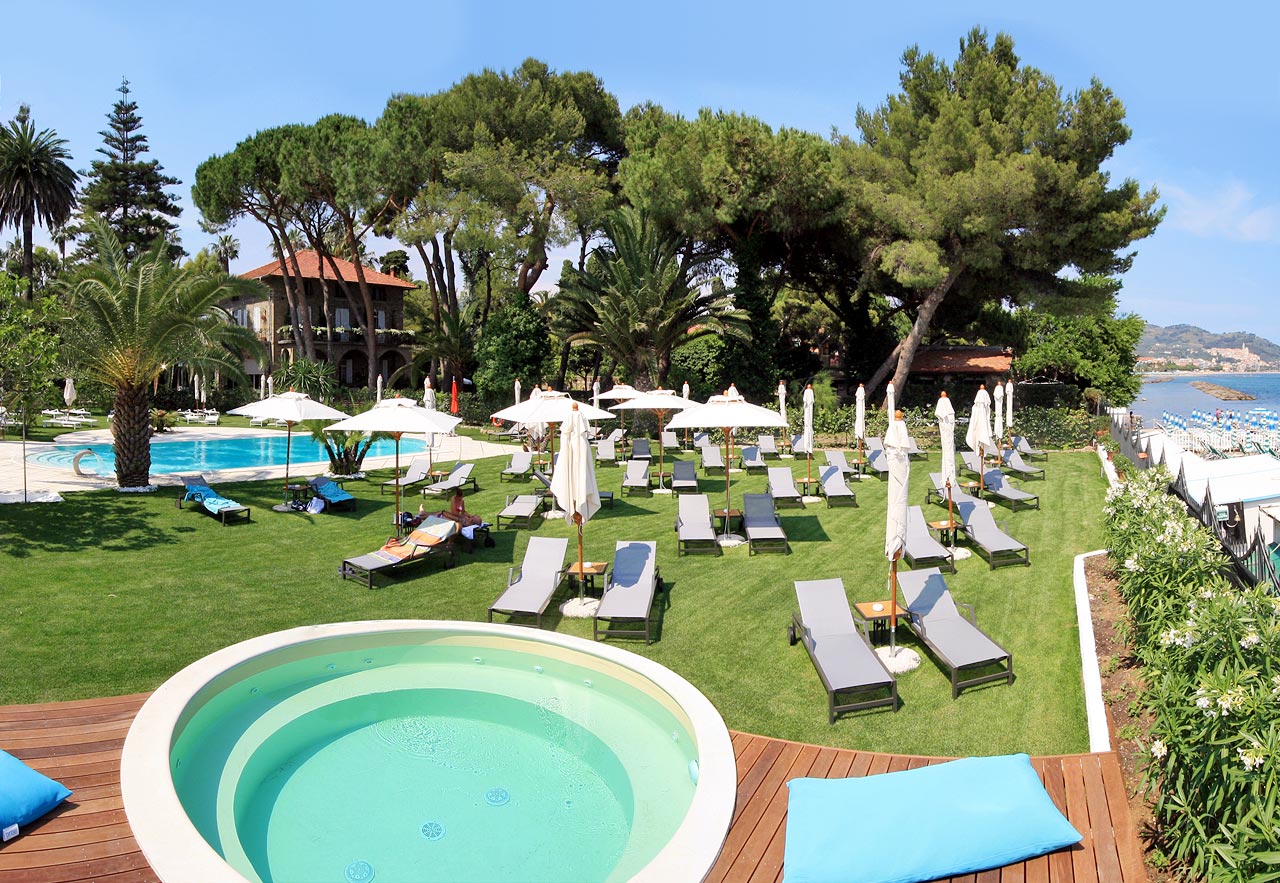 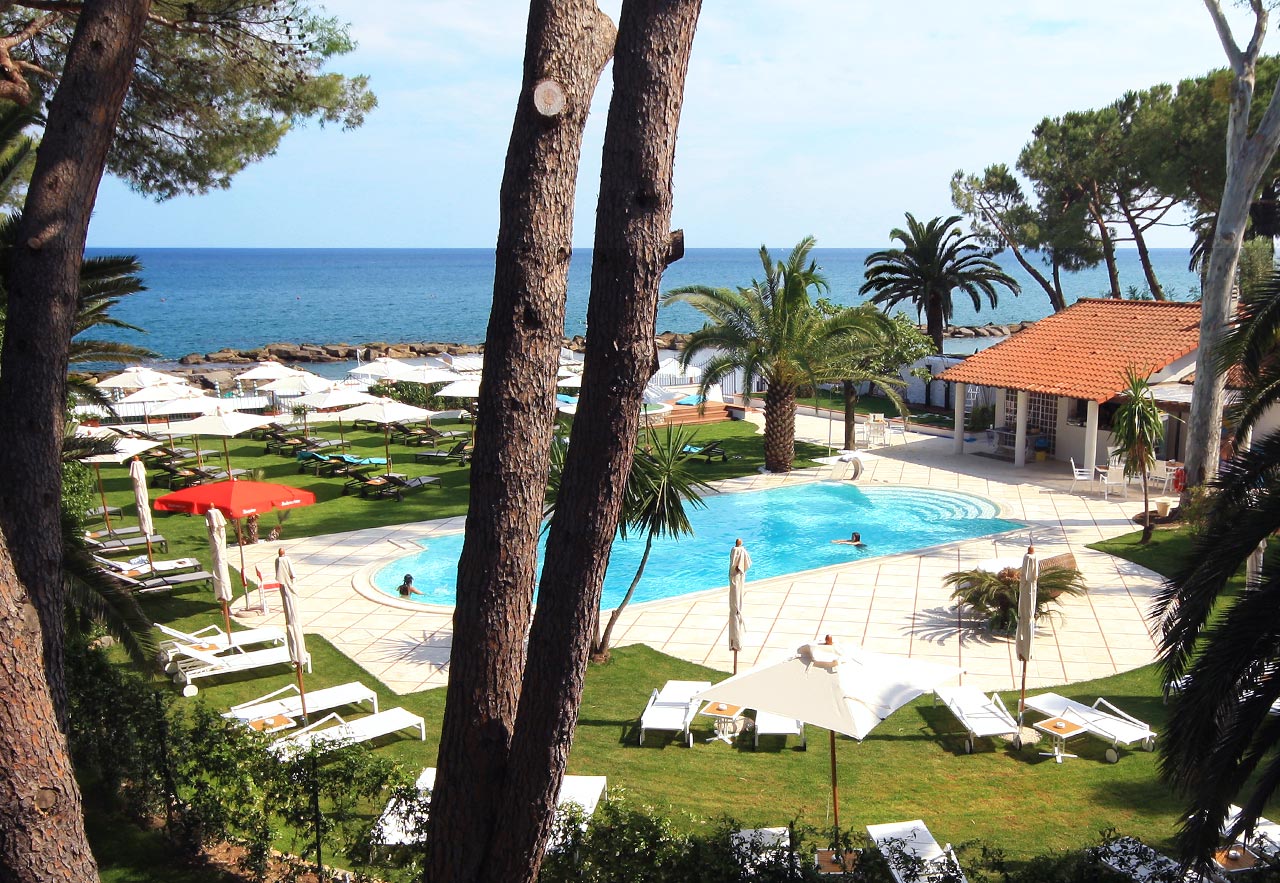 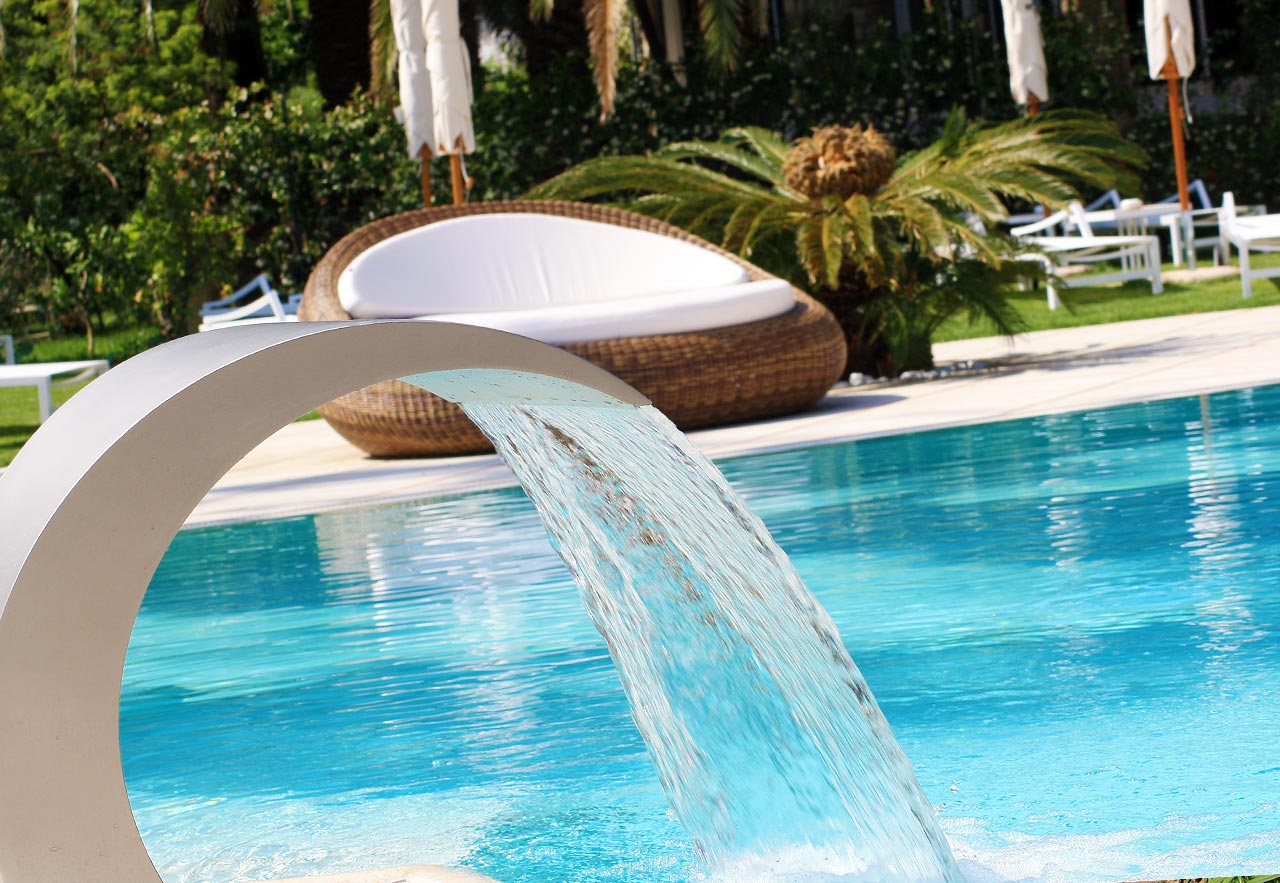 PantaRei Garden & Pool & Beach is a modern, well designed and prestigious facility, that was built in the park during Spring 2011. It’s made up by a cool and shady pavement coffee bar, a quiet solarium on the grass in front of the sea, a swimming pool with sunken steps and a hot tub, where pleasantly relaxing thanks to the brushes of the water. 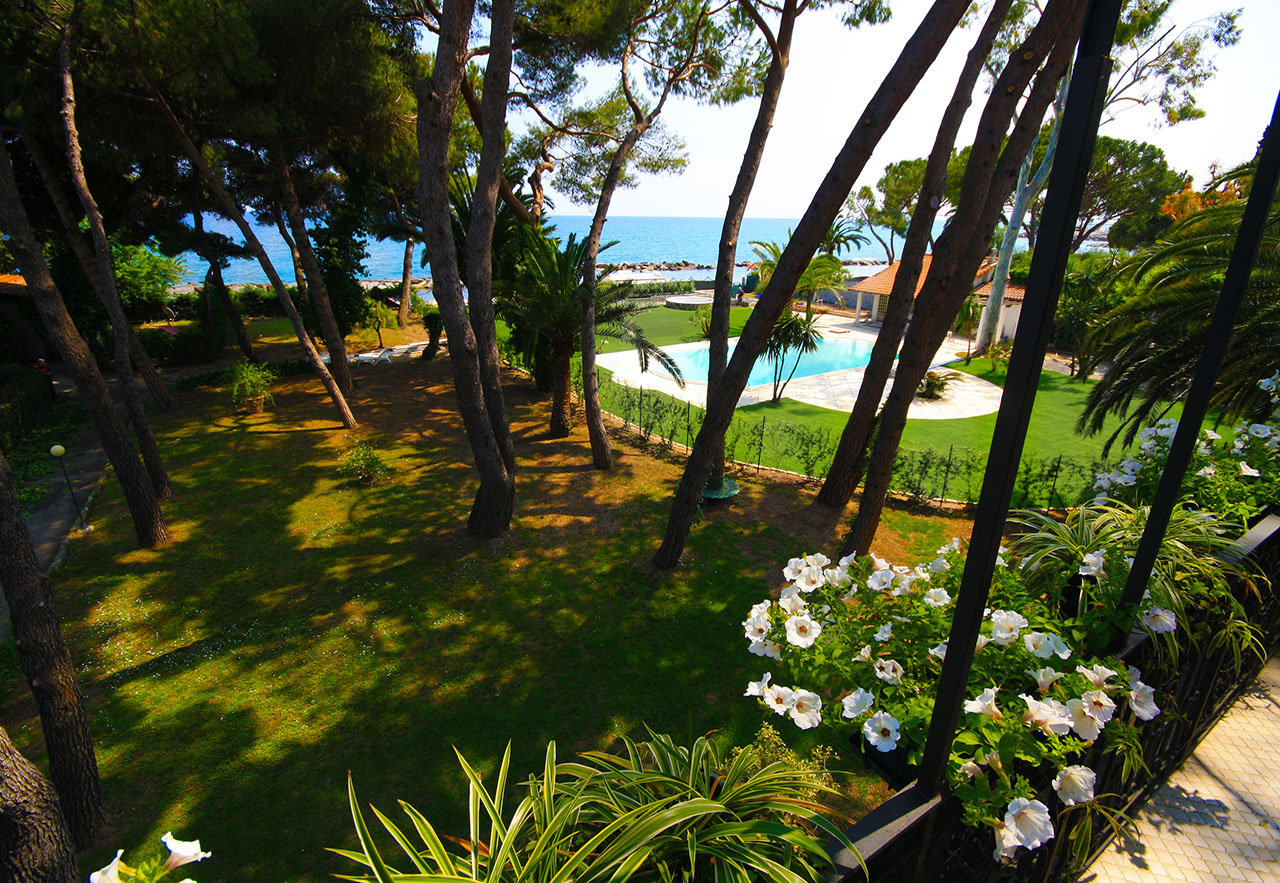 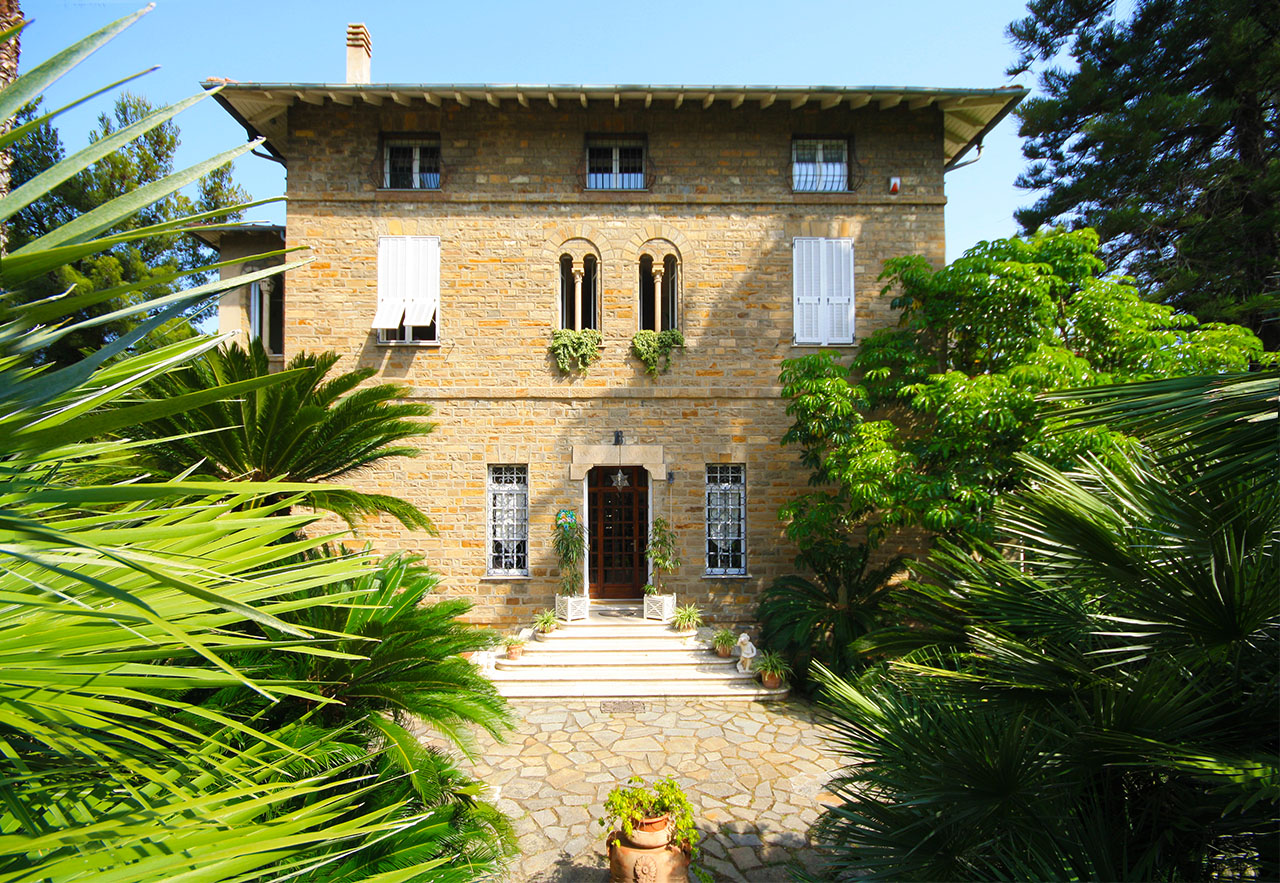 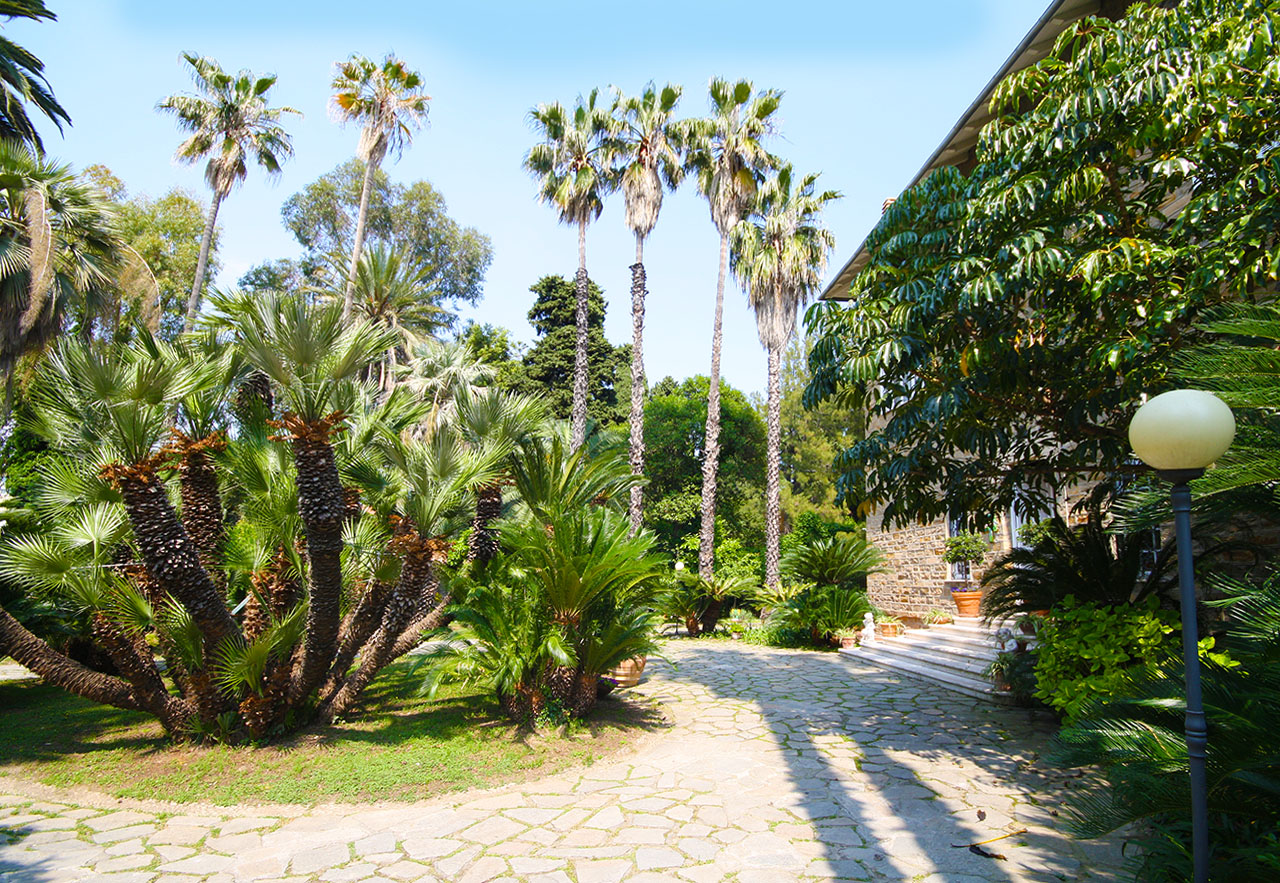 A 5000 square metres park, the widest green area near the sea of Diano Marina, encloses La Casa di Anny ensuring coolness and stillness.
In the early 20th century Durante family, the then owner of the land, added to the native vegetation many kinds of trees and flowers, that are existing up till now. The current owner and her husband Massimo added some other ones in time.

A heart-shaped flowerbed marks the entrance to the park, where there are many Cicas palms. Other Washington or date palms are flanked by evergreen maritime umbrella pines and Aleppo’s pines, that are typical of this region, creating a wonderful range and a sort of movement to the trees’ outlines. You’ll find eucalyptus, mimosas, monkey puzzle trees and other plants, magnolias, camellias and violets too. In the park there is also the olive tree, that thanks to its twisted trunk and its grey bark is an attested symbol of our Riviera dei Fiori. An attractive tropical shade is given by a mango tree.
As a mark of the past when Diano Marina’s citizens drew water from the springs, in the park there is an old freshwater well. 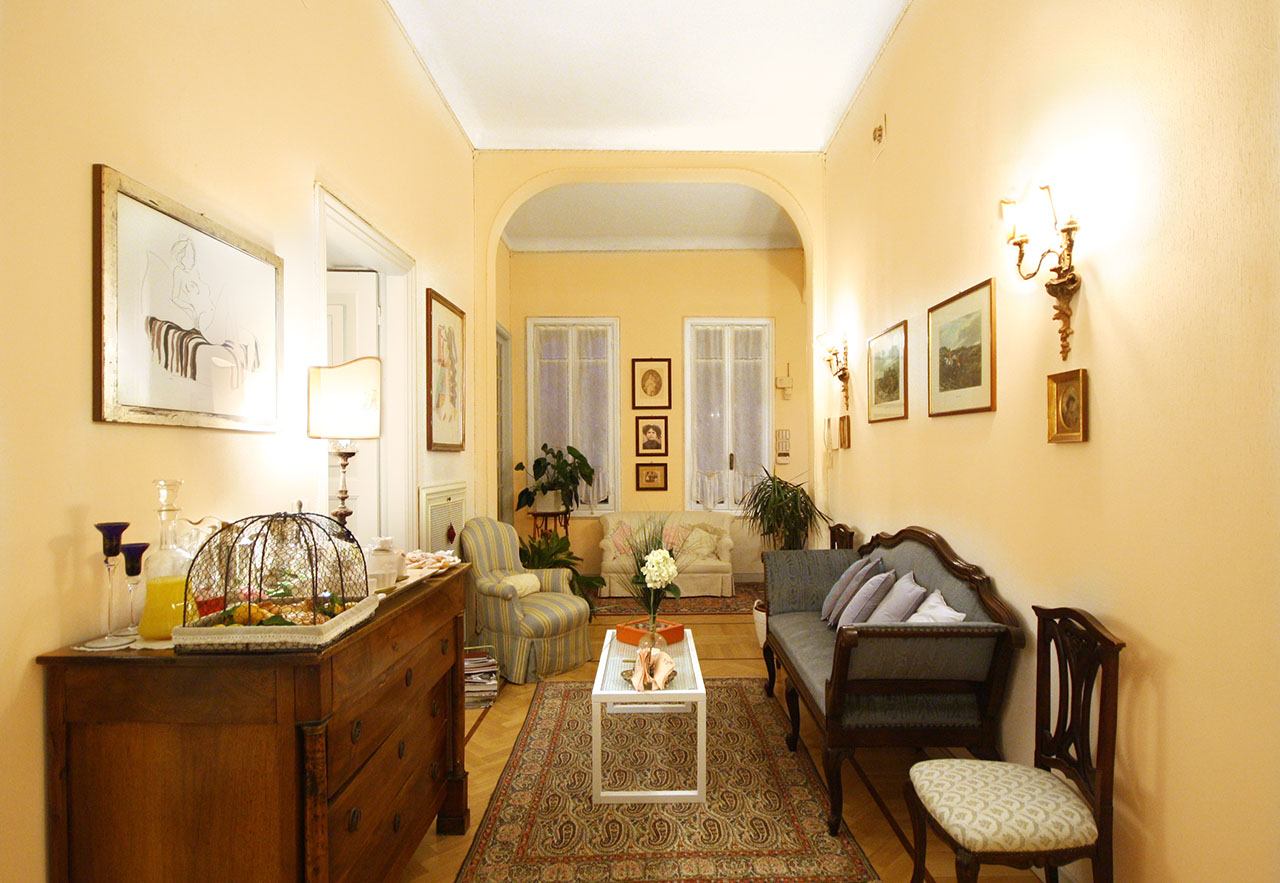 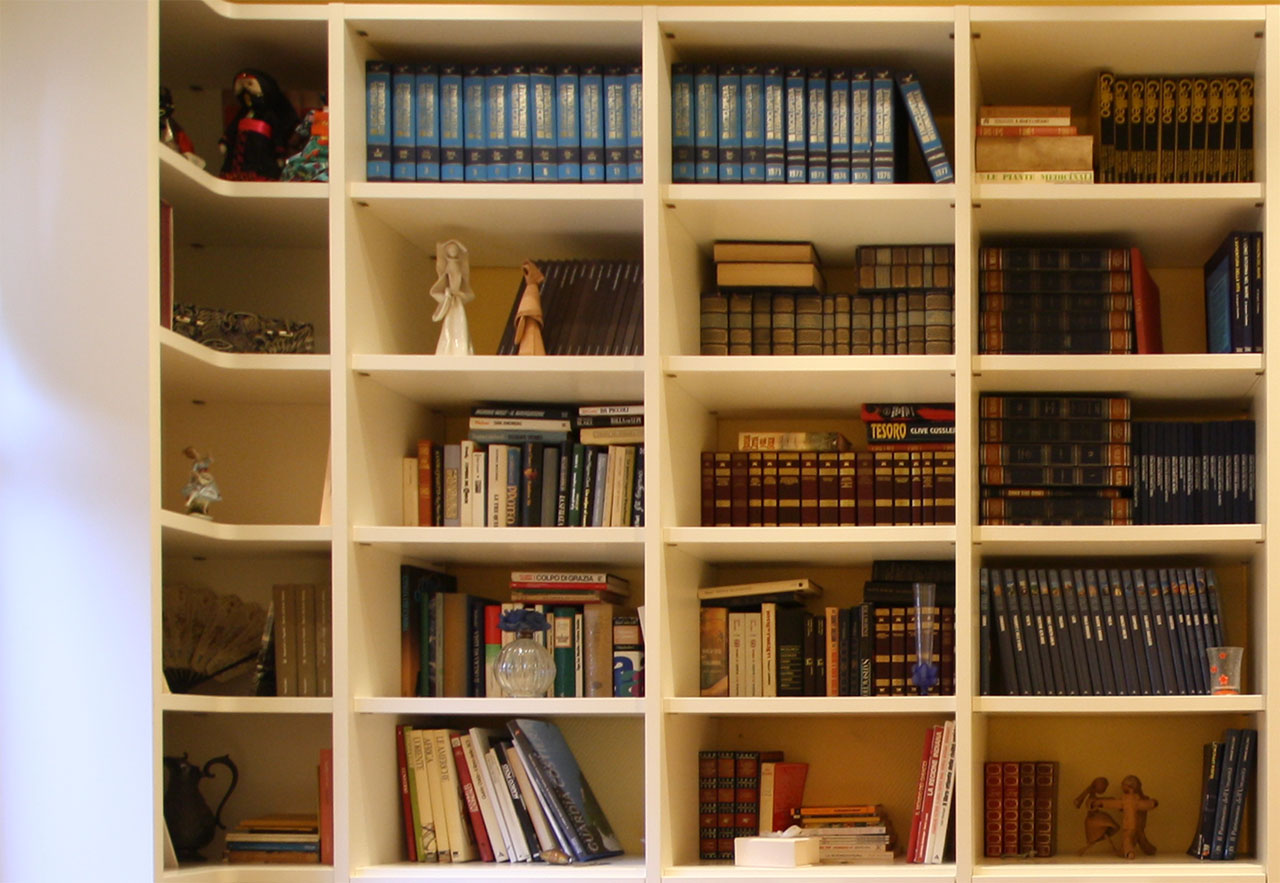 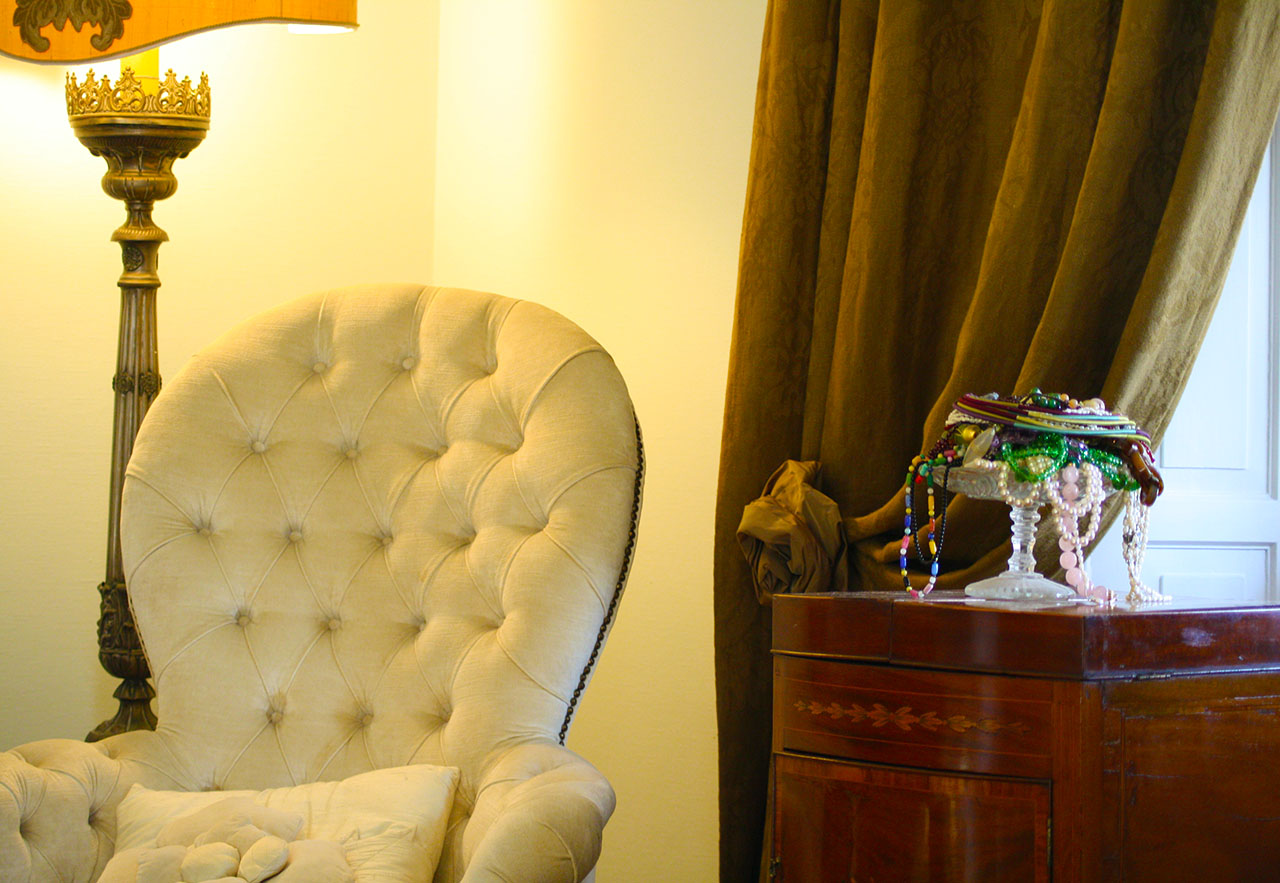 Among the different marbles, stuccos and stones, there is a Ligurian story.
Anny’s grandfather, Bartolomeo Garibaldi, built it entirely in stone on three levels for Genoese Durante family in 1933: in the beginning it was called Villa Paradiso, because of the name of the suburb (that Diano Marina afterwards absorbed) where it was the most distinguished building.
Ricciotti Garibaldi, Anny’s father and outstanding citizen of Diano Marina (he was twice Major), bought it in 1972 and renovated with all due respect for its materials, its story, its architectural harmonies, like for example the bifora-windows with their decorated mullions and round arches.

Nowadays every room maintains its original exclusivity, embellished by books, photographs, paintings, ornaments and other objects that narrate the story of the Villa and Garibaldi family during the 20th century.
The arches, among the rooms, soften the play of perspectives so that the movement becomes more flowing and rich in discoveries.
On the second floor, the antique study of Anny’s father leads to the large terrace: a place that our Customers could use as a solarium, where having breakfast or simply talking together.
The wide central corridor, that leads to the different rooms, has two sofas, an armchair, many plants and a chest of three drawers, dating back to the end of 19th century, where every morning we serve breakfast with 20th century porcelain tableware and embroidered tablecloths.

B&B OPEN ALL YEAR AROUND

We remind our Guests and Friends that "La Casa di Anny" Bed & Breakfast remains open all year round. For information write or call us.

Thanks to all our customers who have trusted us since we decided to make La Casa di Anny. For this year, given the Covid-19 situation, we are still unable to tell you the opening date. [...]